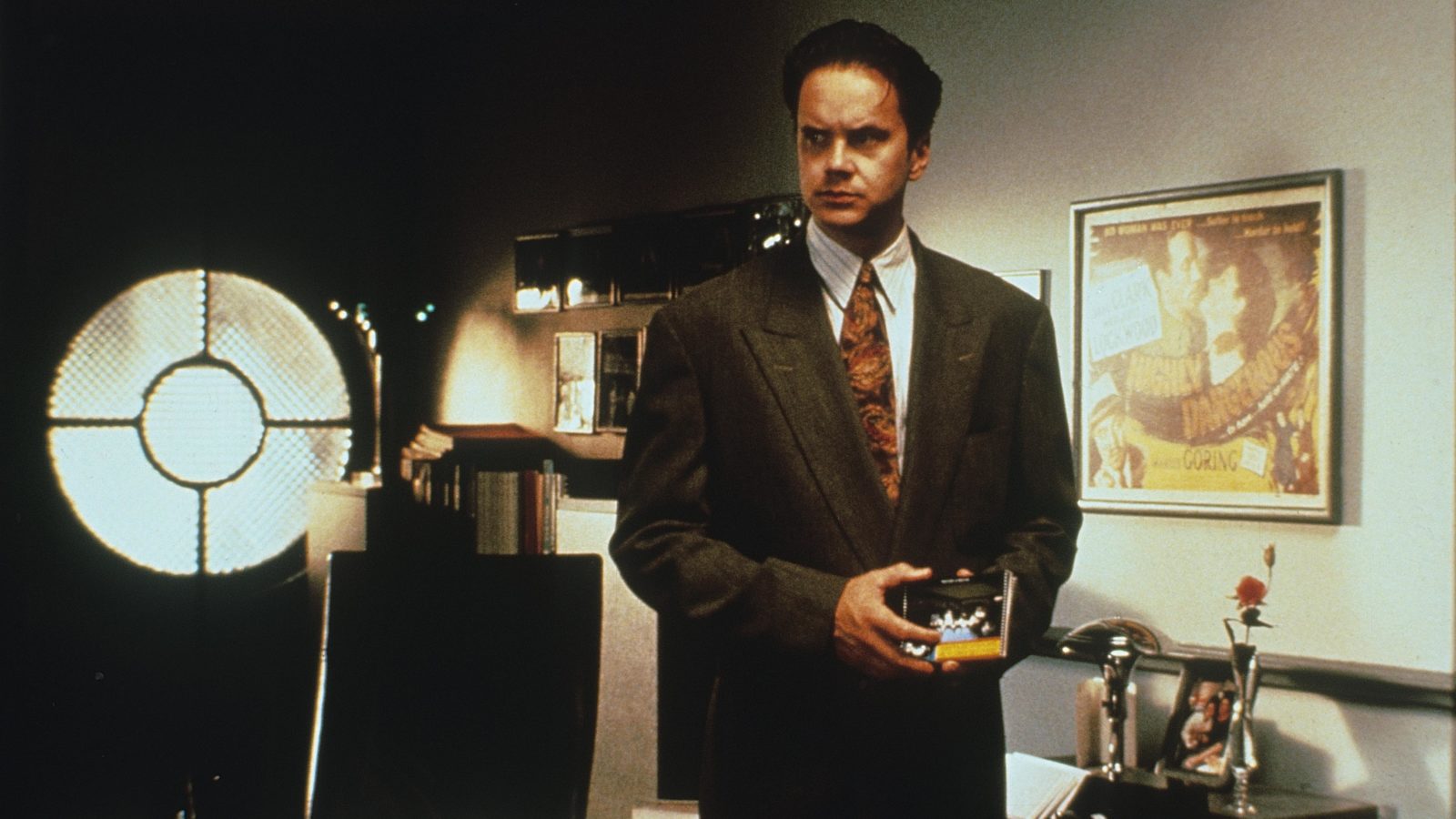 The long, uninterrupted take is to cinema what the noodliest, Slash-iest solo is to guitar. Like most virtuoso flourishes, it can be brilliant or cringey, depending. We will always respect the technical expertise required to pull off a nine-minute tracking shot, but we don’t really care unless said take serves the story, or reveals character. The most beloved long take of all time does both: In Goodfellas, gangster aspirant Henry Hill (Ray Liotta) leads his bewildered date in the back door of the Copacabana nightclub through a clattering kitchen and down passageways, greeted by sycophants at every turn, until they land in the footlights. With almost no dialogue, we learn Hill’s values and identity, and that the world is his oyster (before the food poisoning sets in, anyway). In contrast, a failed long take is pure indulgence, a sleight of hand that distracts from the film’s hollow center (See Snake Eyes—or don’t). Below, ranked in ascending order, 10 long takes that don’t just strut but elevate their films. 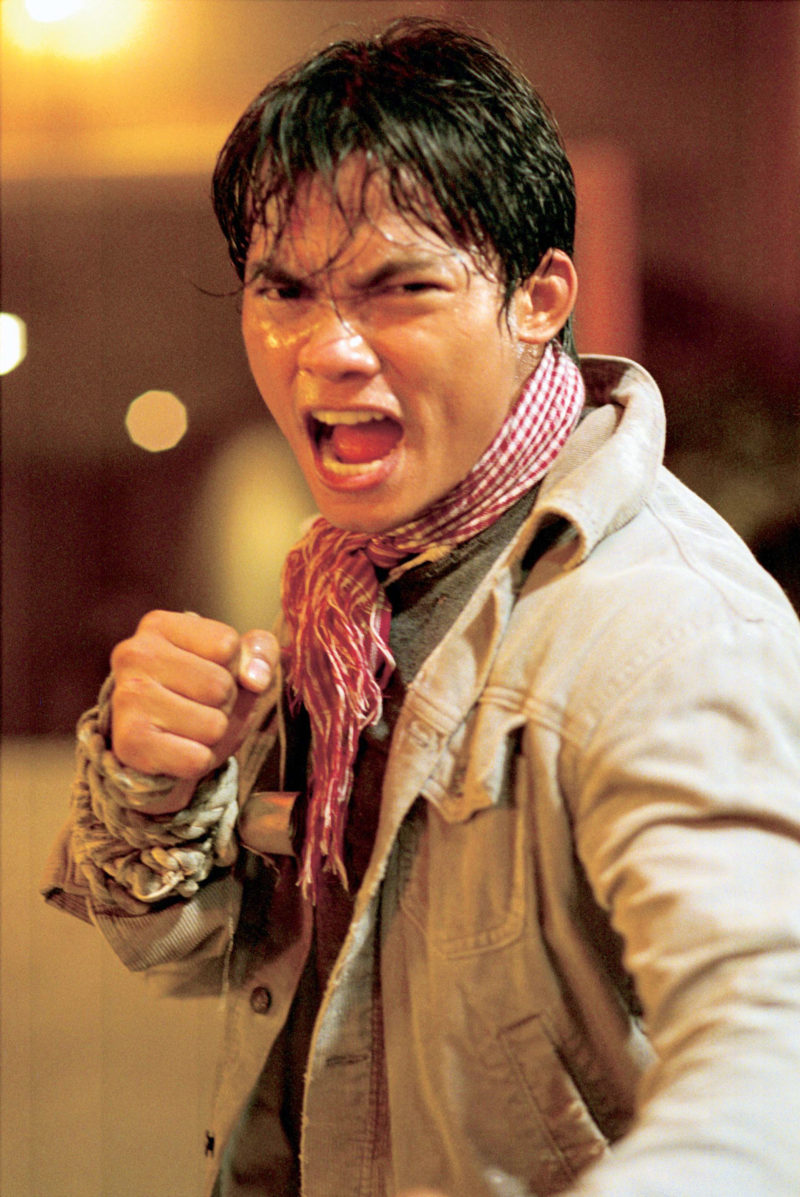 One must embrace the ludicrous in a film where the hero repeatedly yells: “You killed my father and stole my elephant!” But no one comes to a martial arts movie for the plot, and the real draw in The Protector is a giddy four-minute uncut fight scene that has Muy Thai master Tony Jaa laying waste to everyone in his path – and there are a lot of people in his path. Hell-bent on revenge, Jaa works his way from the front door of a nightclub up staircase after staircase, fists—and other body parts—flying. And the post-carnage reward is huge, in all respects: the aforementioned baby elephant awaits. 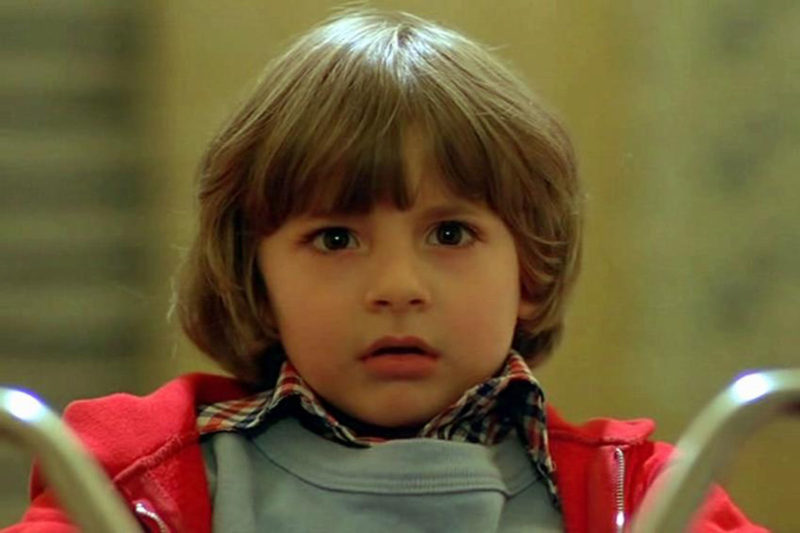 The terror of the “hallway” scene in The Shining is as much a function of sound as sight. As little Danny races through the empty corridors of the Overlook Hotel on his plastic trike, wheels scream across the glossy floors, then drop dead silent over the carpets, then switch back to the wood floor screech for a dread-inducing, oh-God-what’s-around-the-corner effect. One of the first uses of Steadicam, and it was, in fact, filmed by the inventor of the Steadicam, Garret Brown, who got his shot by following Danny in a wheelchair.

The existentially-charged murder mystery Rope is widely regarded as one of Alfred Hitchcock’s more tepid offerings, but as a cinematic technical experiment, it’s a romp. Hitchcock wanted to try a stunt: make a movie with the same continuous action as a stage play. The result is a flowing 80 minutes that feels like one long take. In fact, the Technicolor camera would only permit 10 minutes of shooting at a time, and cineastes love to play Where’s Waldo with the film’s many “invisible” cuts (hint: keep your eye on the backs of suit jackets). 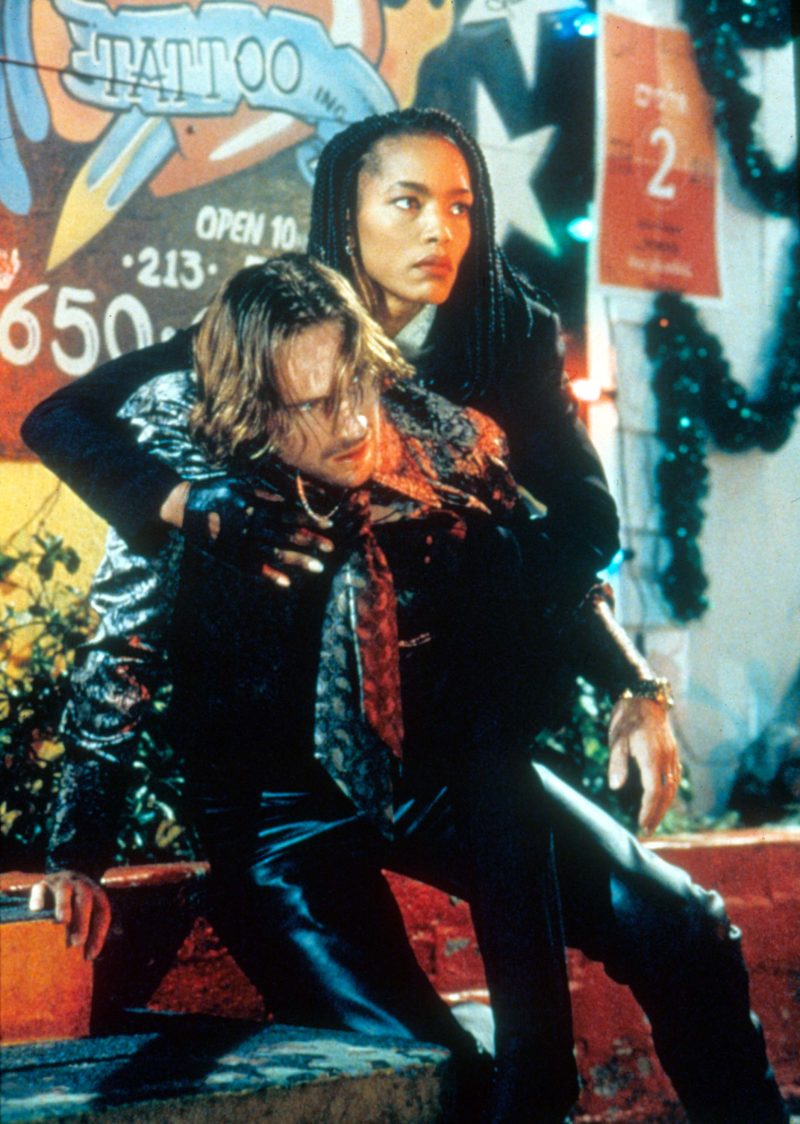 More than a decade before Zero Dark Thirty, Kathryn Bigelow was already a master of breathless, rock n’ roll action sequences, and in this otherwise terrible Y2K thriller, the camera work in one 3-minute scene astounds. Fallen-cop Ralph Fiennes “jacks in” to a virtual reality experience, becoming the invisible POV in a violent robbery. As he’s panicked and pursued, the audience feels dropped inside a video game, an effect that required a custom built 35 mm camera weighing six pounds.

When asked about the dreamy five minute tracking shot of the evacuation of Dunkirk, director Joe Wright said: “Basically I like showing off.” Ordinarily, such precocity would boot him from this list but sometimes even a braggart makes something startling and beautiful. James McAvoy as a British soldier traverses the beach trance-like, bearing witness to the waste as he passes a ferris wheel, drunken soldiers and horses being shot, one by one. He ends his lap nowhere near victory, stumbling in a fog of war.

A gun battle in a hospital mixes director John Woo’s signature slow motion with his propensity for the blood-squib; the result is a much-imitated brand of giddy Hong Kong cool. The exquisite choreography as two cops (Chow Yun-Fat and Tony Leung) blast bad guys around corners is broken up by a moment of moral reckoning in an elevator. During that 20-second break, the entire set was redressed for yet another round of high-styling gunplay. 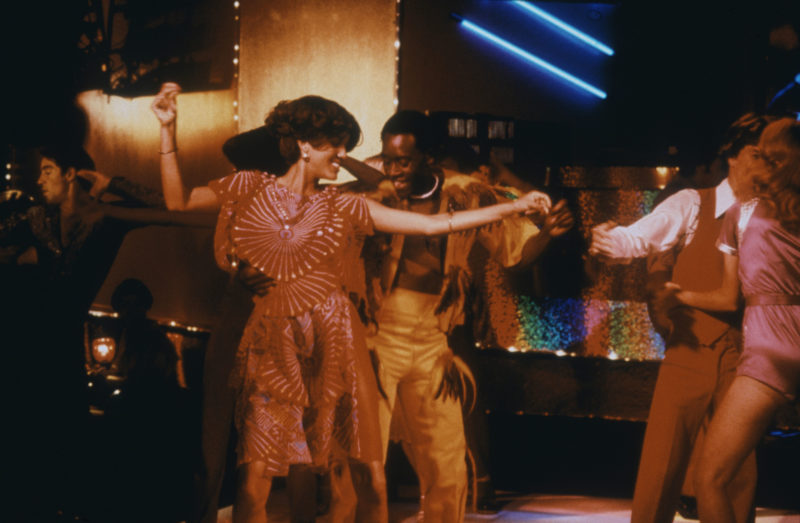 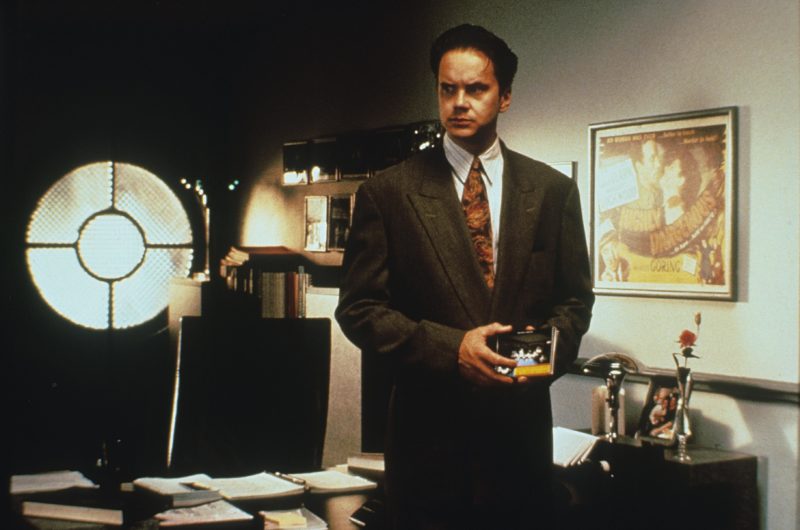 Zigzagging through a film studio lot for eight cynical, uninterrupted minutes, Robert Altman’s opening scene introduces each subplot and relationship to come. The camera drops in on Hollywood’s patented sun-drenched venality, a world of doubled breasted suits and false flattery that ends with a death threat delivered to the hollow man studio head played by Tim Robbins. The meta- fun includes Fred Ward pontificating on the opening shot of Touch of Evil, bemoaning how movies these days are all “Cut, cut, cut.

This one-shot, four-minute car attack scene is so seamlessly integrated, you almost don’t notice its technical prowess. In a dystopian future, a group of activists escape the smoldering city. It almost feels like a cheery road trip until a burning car flies out of the woods, cutting them off. The tone pivots to hysteria, and the heroes’ car literally speeds backwards. Director Alfonso Cuaron and director of photography Emmanuel Lubezki invented a crazy, Mad Max-looking rig to capture the action, but what’s more remarkable are the tight close-ups on the characters as the horror registers, for them, and for the audience. 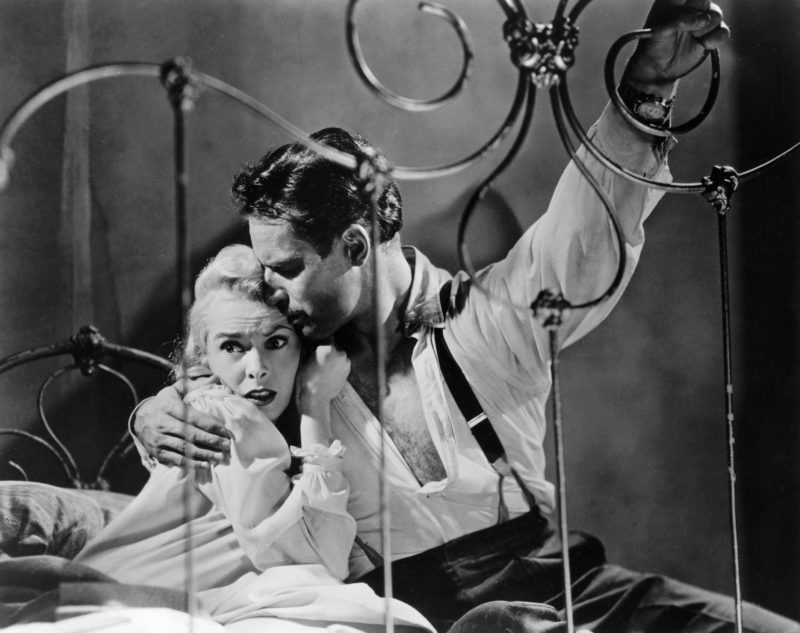 Orson Welles’ famous opening scene begins with a pair of hands setting the egg-timer clock on a bomb to three minutes, a sound that ticks along to a faint salsa beat. The insta-tension thickens as the crane shot winds through the streets of a crowded Mexican border town, past so much Richard Scarry detail that it’s hard to know where to look: goats? Music man? Doomed couple in the bomb-laced car? The dreaded release is both witty and terrible, and just past the three-minute mark, we get two explosions: a kiss between Charlton Heston and Janet Leigh, and that inevitable bomb. The high bar for the much-imitated long take opener.

Perfect Your Own Long Takes

Whether you’re out in the field or inside the studio, the flexibility, power and innovation of the EOS C300 Mark II digital camera gives cinematographers complete creative freedom. Add the prowess of Canon’s renowned lenses and you open the door for filmmakers to capture the tracking shots of their dreams. With its expanded dynamic range of 15 stops, 4K/2K/HD internal and external recording, 4K RAW output, award-winning dual pixel CMOS Autofocus for smooth rack focusing, the C300 Mark II is ready to handle the most aspirational shooting setups to take your story to a whole new level of detail.